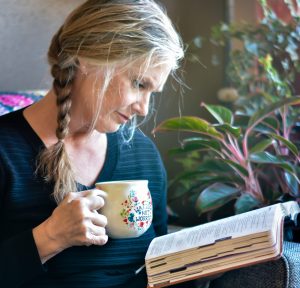 The Mass readings for today draw our attention to two men who lived hundreds of years apart but had the same trouble with their vision. They could see alright; it just wasn’t past the end of their noses. They suffered from self-preoccupation that caused a spiritual myopia. Let’s examine the problem these two men had and examine what led to their problem and what we can learn from them about our own spiritual myopia.

Firstly, let us examine Jonah, who was a prophet of Israel in the 8th century B.C. His vocation was to keep the Israelites eyes and ears open to the word of the LORD. He did such a fine job with it that the LORD told him to go to Nineveh (modern-day Iraq). And what did the LORD want Jonah to proclaim to the pagan Ninevites? He was to teach that the LORD’s compassion is boundless, not limited just to us (Israelites) but also available to them (Ninevites). Jonah was offended by God’s assignment, so much so that he allowed pride to rule in his heart. He hopped a boat and traveled away from the LORD’s presence in the opposite direction to Tarshish (modern-day southern Spain). Jonah did not seem to mind Spaniard pagans as much as he did Ninevite pagans.

The Scriptures mention two times that Jonah went away from the presence of the LORD. That choice was Jonah’s first indication of his pride; in effect, Jonah was telling God that the Ninevites don’t deserve his compassion. Another indication of Jonah’s pride was his anger that the LORD showed compassion to the people of Ninevah despite Jonah’s half-hearted message to them. They repented, and together as a city, they chose to worship the LORD. Ninevah was spared! Jonah should have been celebrating God’s great mercy toward them; instead, his pride consumed him. He argued with God about it.  We don’t hear anything more of Jonah in the Sacred Scriptures. But perhaps Jonah’s spiritual myopia was cured once he examined his motivations behind his prejudice and anger.

Let’s turn our attention to a lawyer who lived in 1st Century A.D. His spiritual myopia wasn’t manifest in his anger toward God. No, he was a good and faithful Jew who lived by the Law of God. His disordered pride was indicated by a question he asked Jesus. St. Luke writes, “…but wanting to justify himself, he asked Jesus, ‘And who is my neighbor?‘” The need to justify one’s self quite often belies the doubt about one’s actions. Jesus, in his beautiful way, answers the lawyer with the timeless parable of The Good Samaritan.

The lawyer’s first indication of his disordered pride was his pressing question about what he could DO to inherit eternal life, as if he could control God’s acceptance of him. The narrative portrays the lawyer as a man of fervent attention to the black and white understanding of the Law of God. I can imagine he was a man that “crossed every t and dotted every i”; meticulous and precise in his adherence to the particulars, but sloppy in his attention to others. Jesus knew the lawyer’s lack of mercy, he would have disregarded the Samaritans (who didn’t follow the Law of God exactly like the Jews). Jesus’ description of the priest and Levite, who ignored the wounded man’s plight, staying as far away from that side of the road as possible must have stung the ears of the lawyer. His sense of the Law of God would have been blown out of the water by the Samaritan’s mercy and compassion to the wounded man.

The narrative ends with Jesus examination question for the lawyer: “Which of these three, do you think, was a neighbor to the man who fell into the hands of the robbers?” He said, “The one who showed him mercy.” Jesus said to him, “Go and do likewise.” I would like to believe that once the lawyer examined his own disordered pride, he would have been cured of his spiritual myopia.

Friend, do you find yourself in these men? I do. Take heart, for the Church remembers another man today who was cured of his spiritual myopia. He lived in the 13th century A.D., yet the culture of his day was suffering from the same epidemic of spiritual myopia as the men who preceded him. St. Francis of Assisi was immersed in the wealth and hubris of his society until the LORD got his attention in an encounter with a leper. St. Francis was instantly cured of his spiritual myopia when he repented of his disregard for the spirit of the Law of God. Before that vision, he loved himself and all the pleasure he was surrounded by; after that vision, he loved God with all his heart, mind, soul, and strength; and he died in his love and compassion for the marginalized and forgotten people of his day. St. Francis left us with a treasury of beautiful prayers that revealed his complete love for the LORD. One particular prayer comes to mind as we close.

Most High, Glorious God,
enlighten the darkness of our minds.
Give us a right faith, a firm hope and a perfect charity,
so that we may always and in all things act according to Your Holy Will.

In the name of the Father, and the Son, and the Holy Spirit. As it was in the beginning is now and ever shall be world without end.

Greetings, friend. "In silence and rest is your salvation" are words from the prophet Isaiah that echo the desire of my life. I've been following that desire my entire life as I seek to live and move and have my being in what the LORD desires for me. I'm still learning the beauty of silence and rest as my salvation, it's a long obedience in the right direction. This is my journey. View all posts by The Maiden Warrior